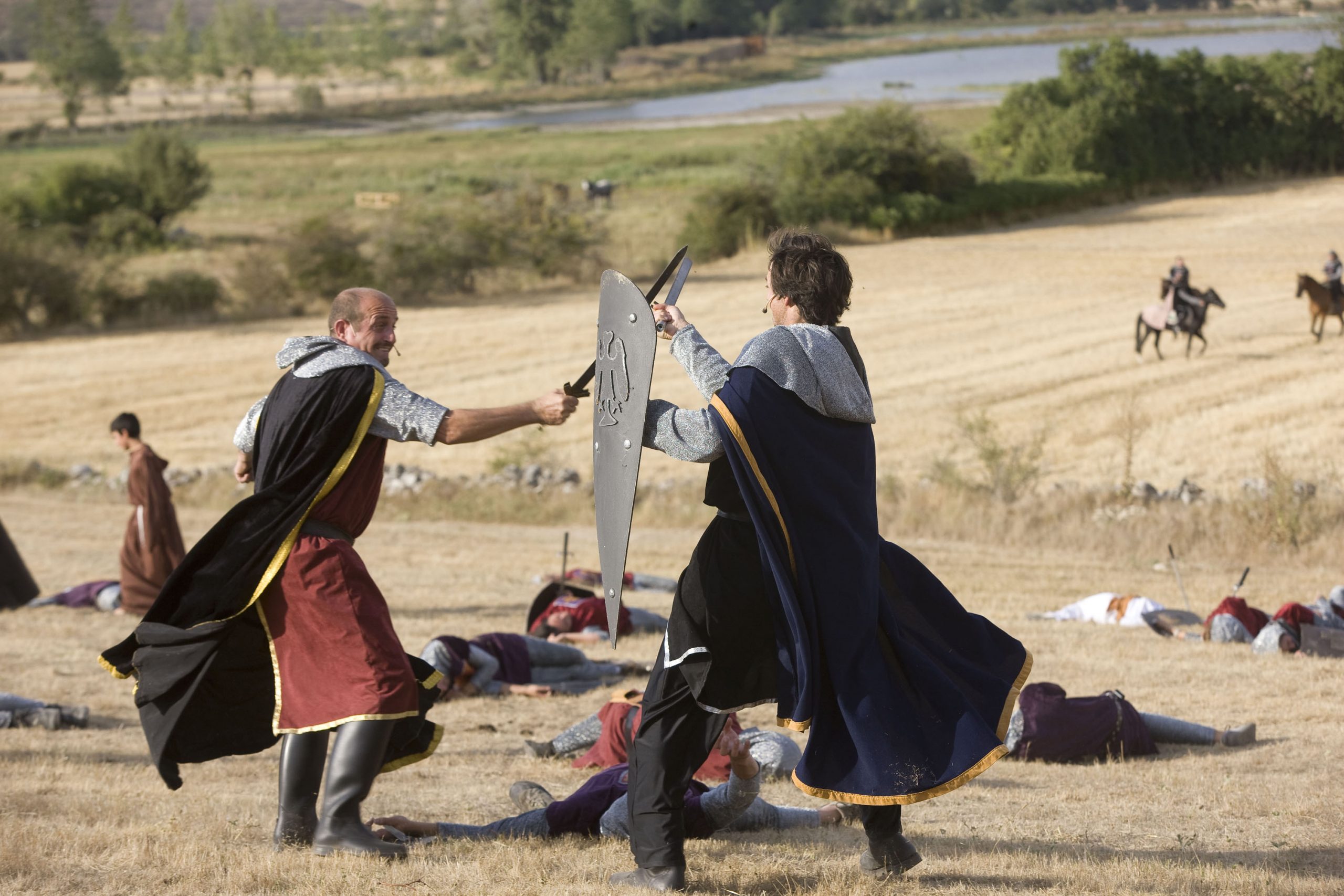 There are several events that take place in the area, many thanks to the voluntary collaboration of the neighbors. Don’t miss them!

Battle of Atapuerca : declared a festival of regional tourist interest, it is celebrated on the penultimate Sunday of August and it recreates the historical event that took place place in the year 1054 between Navarra and Castile for the dispute of diverse territories, dying King García. The representation takes place live with the participation of neighbors and volunteers on the grounds behind the Church of San Martín, whose hillside is filled every year with thousands of spectators. During the weekend other related events are usually held, such as the representation of the arrival of King Ferdinand on Saturday night, as well as the installation of a medieval market throughout the day.

Quintanapalla royal wedding : in it the residents of Quintanapalla recreate the royal wedding that took place in the town in 1679 between Carlos II of Spain and María Luisa de Orleans who, married by proxy in Versailles on August 31 of that year, ratified their engagement in the small town at the foot of the royal road to France (current NI highway) on November 11 of that same year.

The performance usually takes place in August, but has no fixed date and the last celebration was in June.

Cross Atapuerca : considered the best test in Spain by the RFEA, it is also one of the most important in the world, having also been the best valued of the World Tour World Athletics Permit. It is celebrated in the circuit that is installed in the fields next to the Center for Experimental Archeology (CAREX) and has a very high participation in all categories, having come to bring together more than 6000 registered athletes and more than 15,000 attendees. The best national and international athletes of all ages come together in this Cross that is usually held on the second weekend of November and is broadcast on television.

Fresno de Rodilla Cyclo-cross : cyclo-cross event belonging to the Burgos Diputación championship and which is usually held around the Pilar festival (October 12 ). It brings together more than 400 participants in the different categories and usually has the best national runners in the main categories. It is celebrated in a spectacular circuit that runs through the streets and surroundings of the town itself, being a very visual event and with the possibility that the little ones participate and become fond of the world of cycling.

Cidiano Weekend : usually on the first weekend of October, the city of Burgos is transformed into a huge medieval stage to honor the figure of the Cid Campeador. Throughout the weekend there are parades, re-enactments, workshops, tournaments, flea markets, shows… with a large participation of extras, horses and recreational and cultural associations, such as the Asociación Amigos de Atapuerca, organizer of the Battle of Atapuerca.